The Salon Doré is the Corcoran’s 18th-century French period room. It was originally part of the hôtel de Clermont, an important early 18th-century private residence in the Faubourg Saint-Germain, an old aristocratic quarter of Paris. After purchasing the house in 1768, Pierre-Gaspard-Marie Grimod, Count d’Orsay, commissioned the Salon Doré as the drawing room for his bride, Marie-Louise-Albertine-Amélie, Princess de Croÿ-Molenbais; it was completed just in time for their marriage in December 1770.

In 1926, the room’s gilded wall paneling and ceiling mural came to the Corcoran as part of the bequest of William A. Clark (1839-1925), an industrialist and United States Senator from Montana. Senator Clark purchased the room around 1904 for installation in the mansion he was building on Fifth Avenue at 77th Street in New York City. The Salon Doré as it is today is the product of these two great patrons of the arts, the French Count d-Orsay and the Francophile Senator Clark. 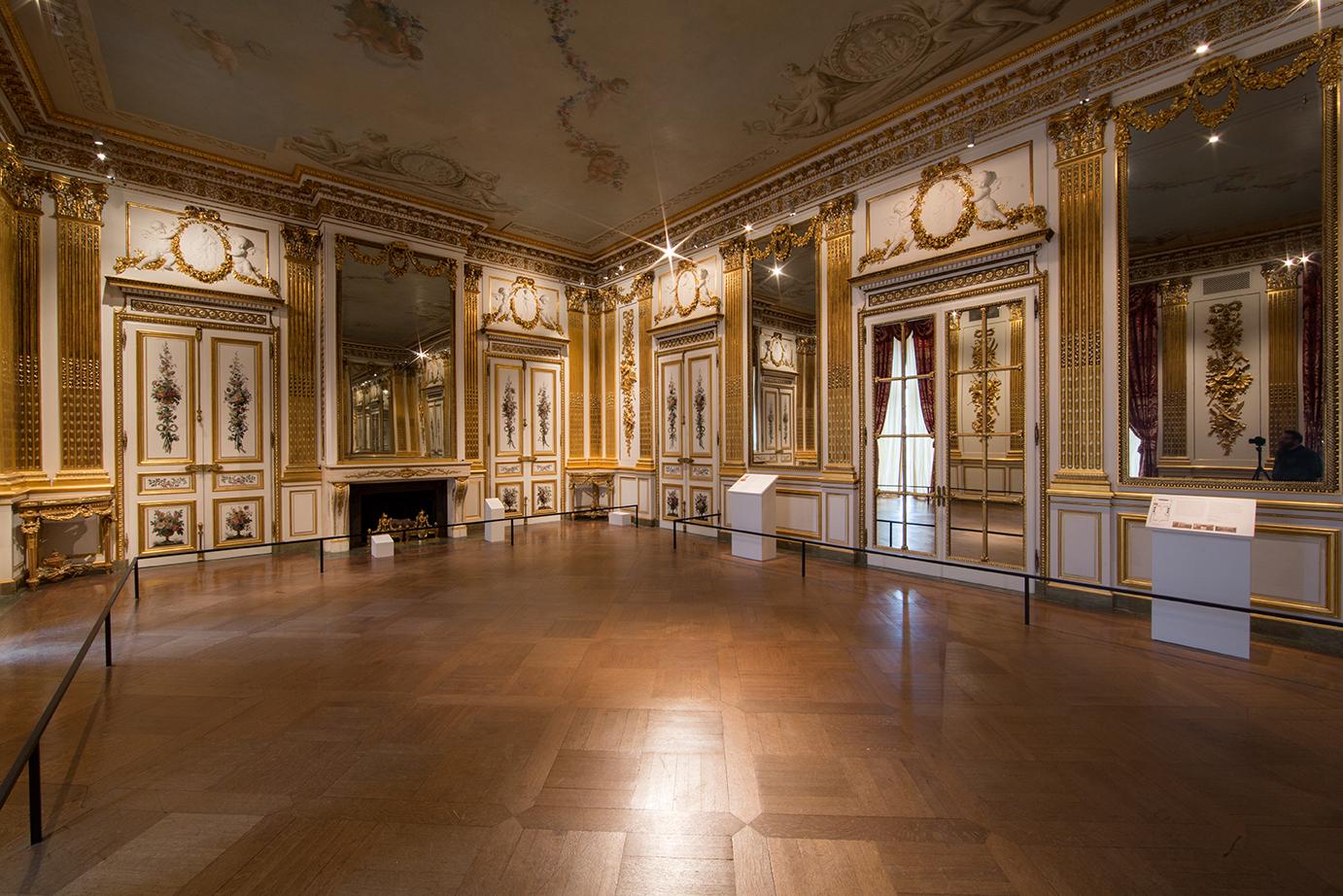 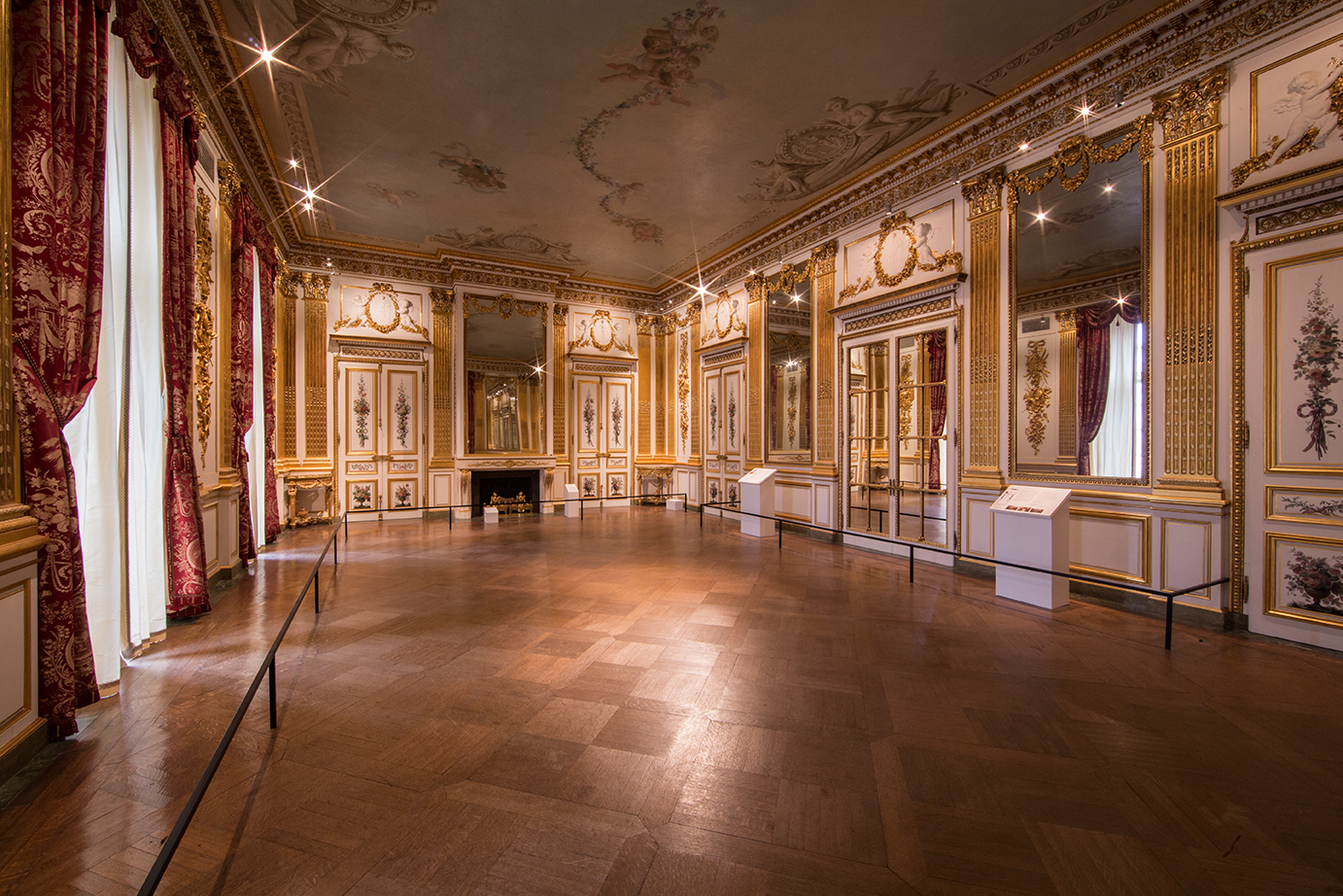 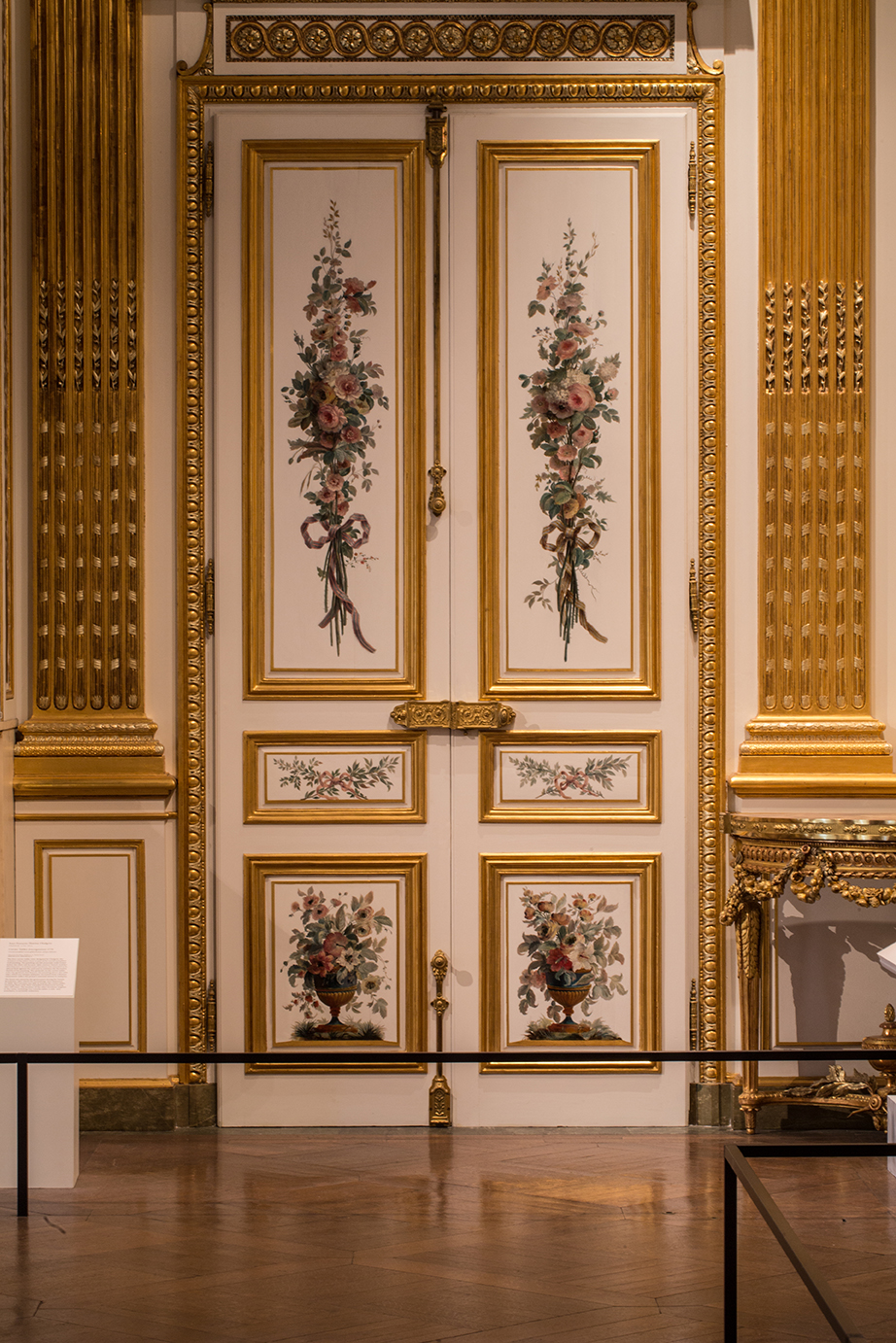 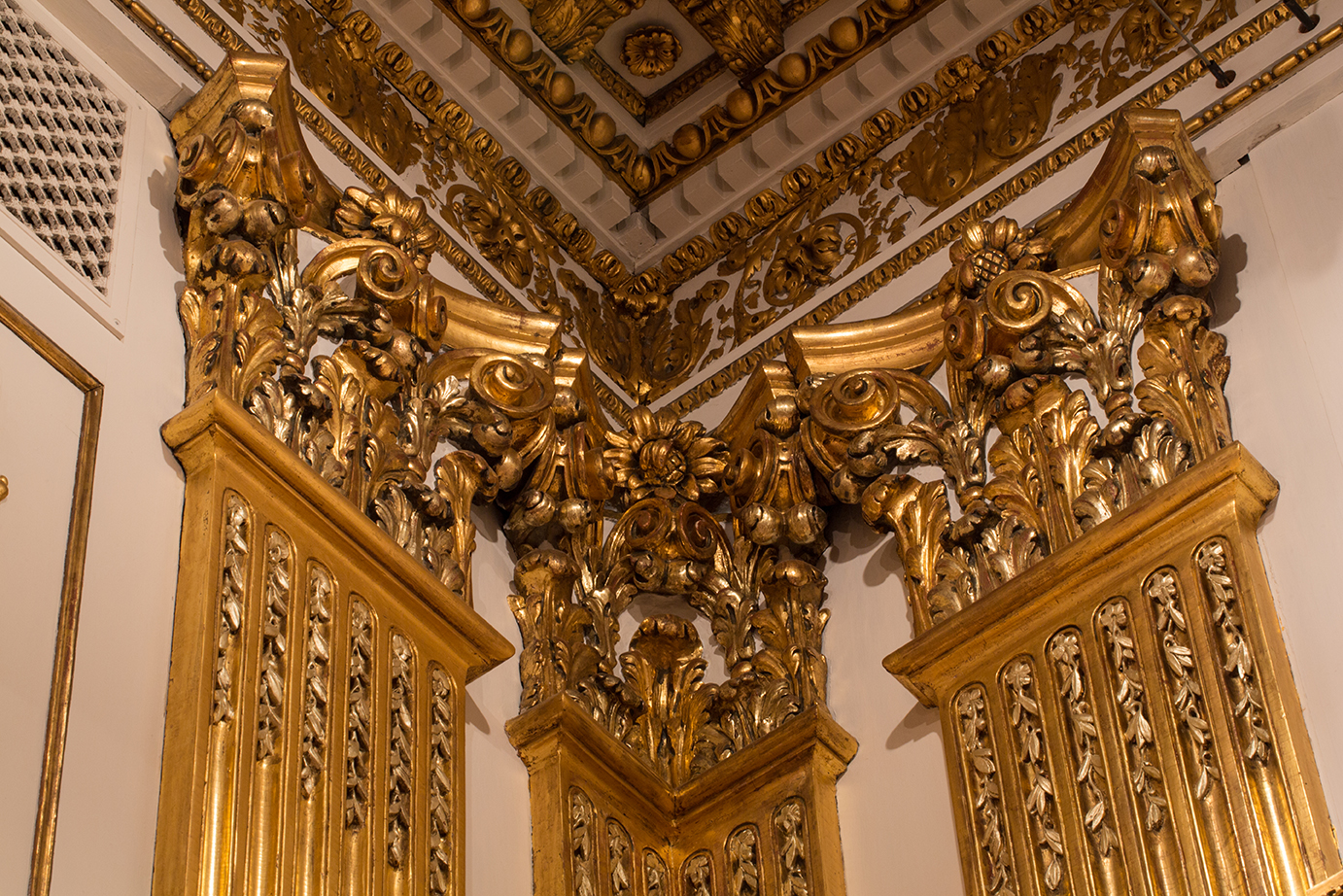 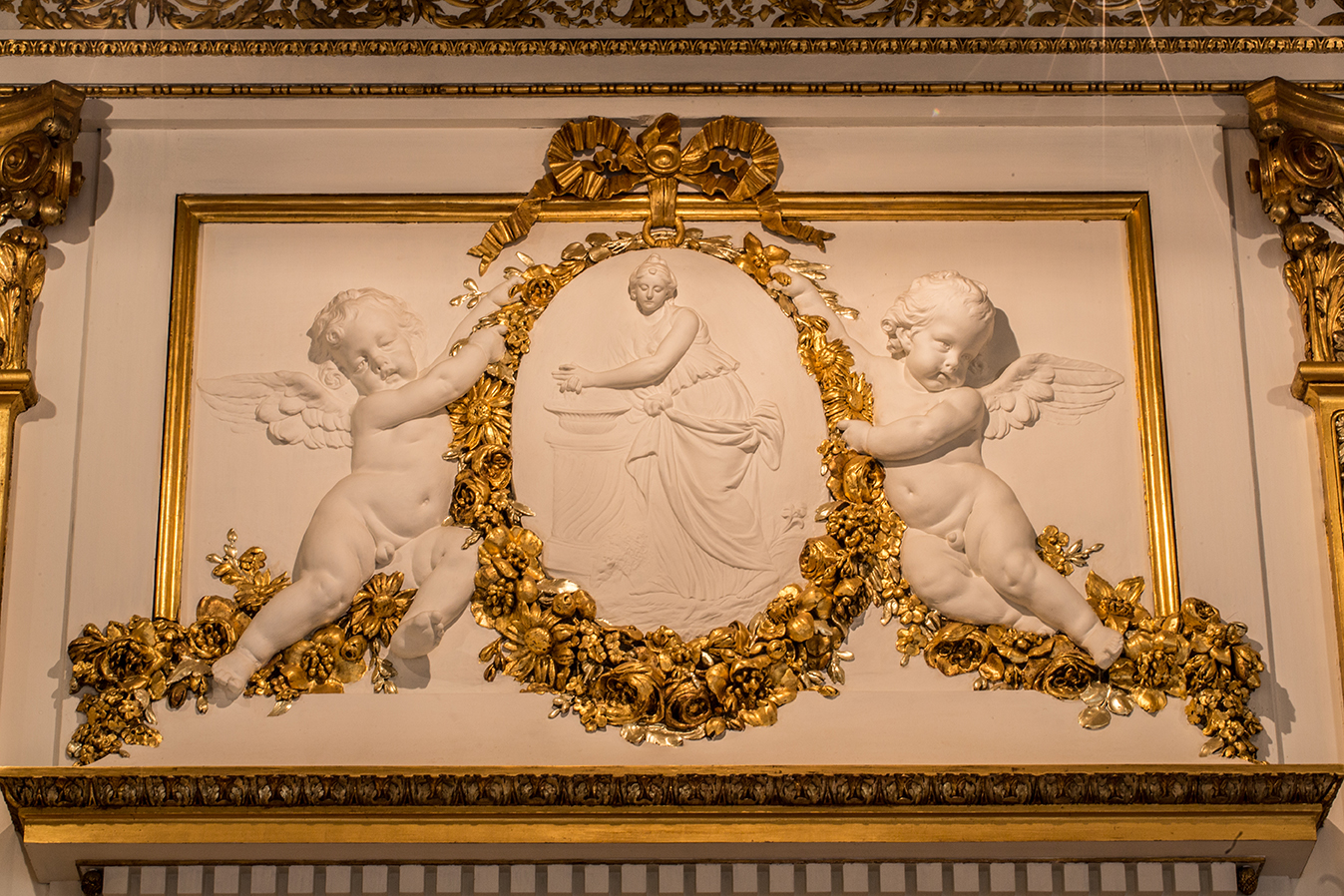 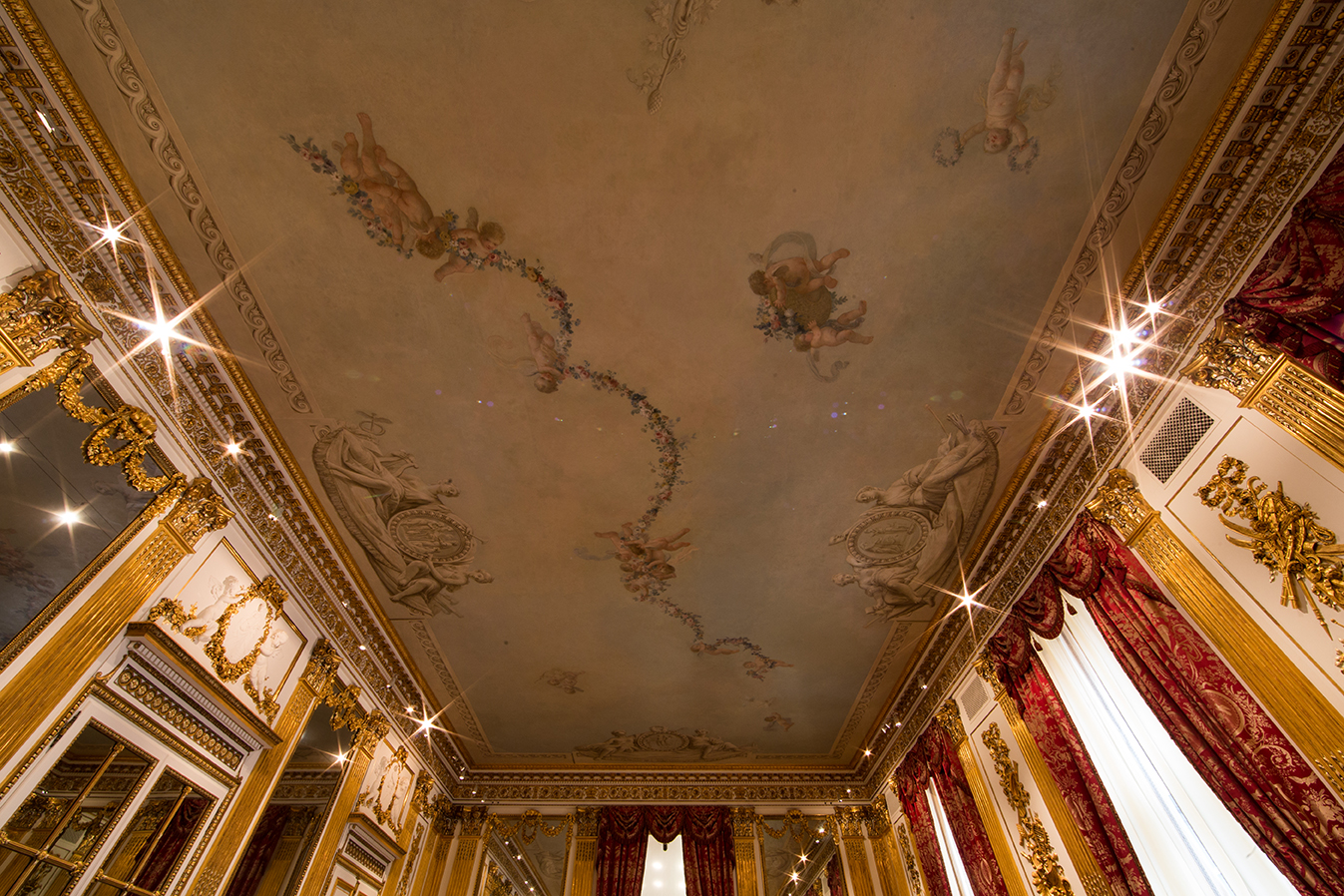 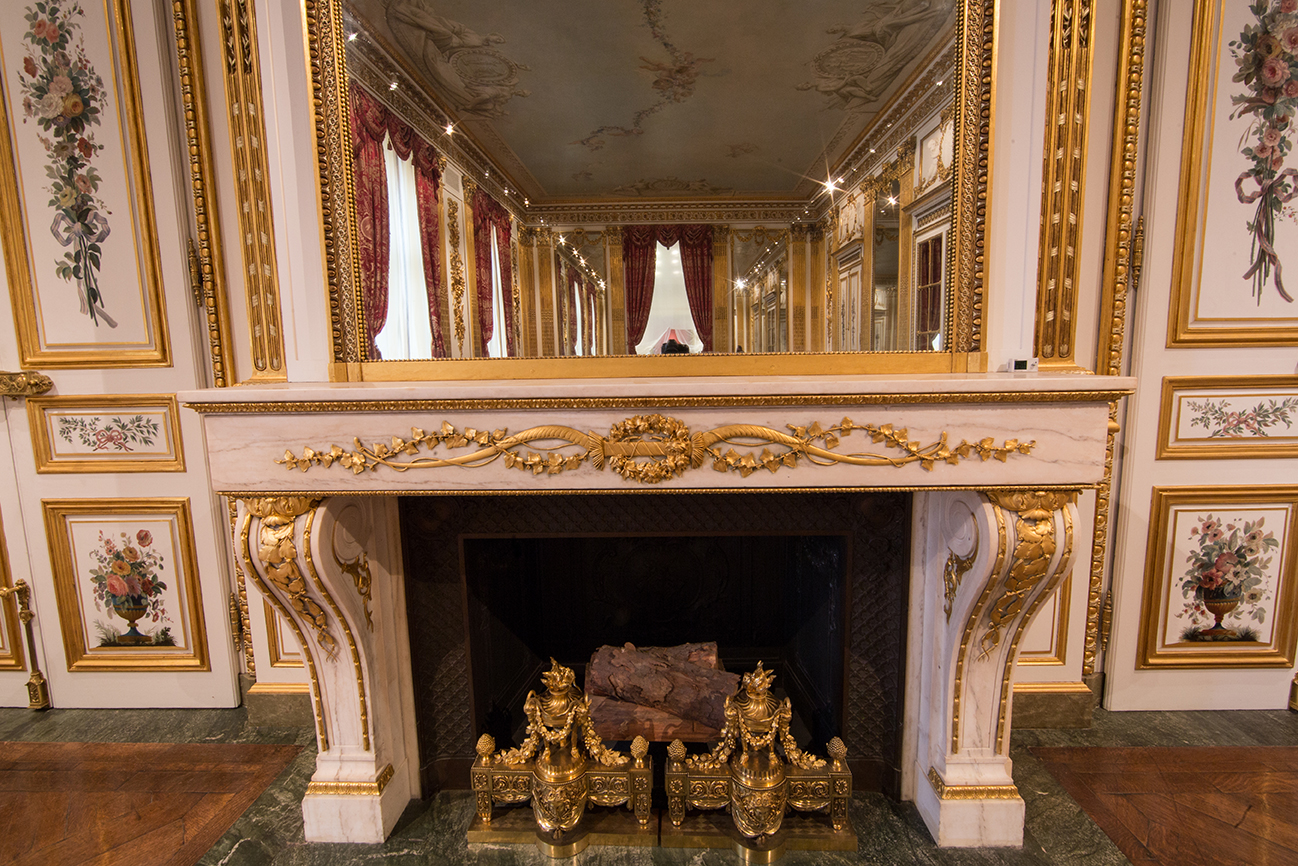