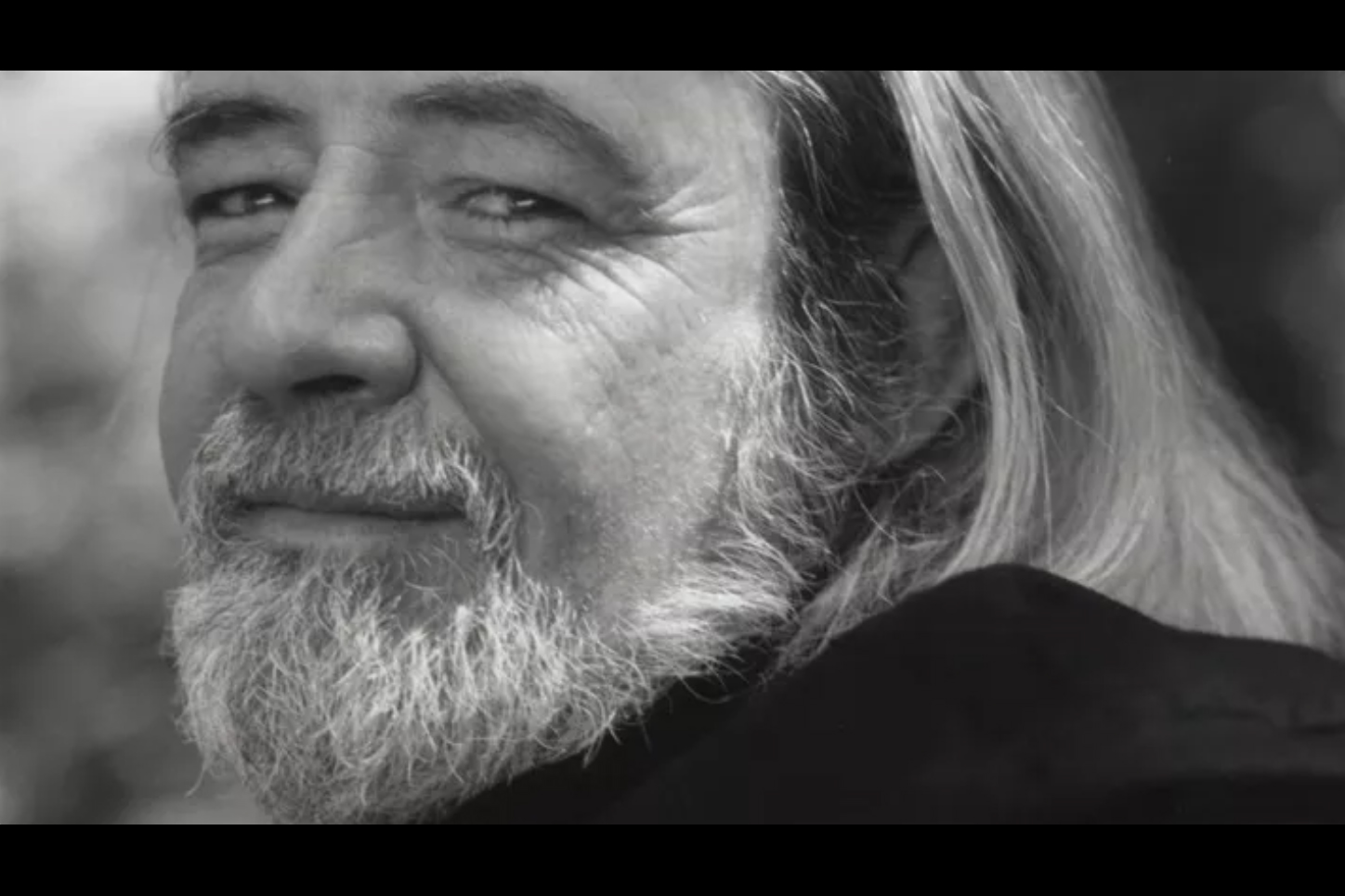 It is with deep sadness that we share the news of the passing of Doug Lang, a beloved Professor of Writing at the Corcoran College of Art and Design. In 37 years as a teacher, Faculty Association President, department chair, and Interim Dean, Lang served as a mentor to hundreds of students and alumni, a beloved colleague, a valued leader in difficult times, and for many of us, the heart, soul, and conscience of one of the nation’s most original places to study art. Below is a heartfelt remembrance by Doug's friend, the poet Terence Winch.

My very dear friend Doug Lang, brilliant poet and beloved teacher, passed away at around 11:00 p.m. on Tuesday, 22 Nov. 2022, in his apartment at Springvale Terrace, the assisted living building in downtown Silver Spring, Maryland, where he had been a resident for the last five-plus years. His health had taken a turn for the worse in the past month or so, and his legendary resilience failed him this time around.

Doug Lang was born in the town of Swansea in Wales, which is part of the United Kingdom, on April 11, 1941. His first years on the planet were thus spent as World War II was raging. He had one sibling, his sister Synde, who was about four years younger than Doug. The two were very close, and Synde’s death in 2013 in England affected Doug deeply. The two were raised by their mother under the harshest and most difficult of circumstances. There was often little to eat and, during one particularly rough time, Doug had to miss school for several weeks for want of a pair of shoes.

Doug received a basic education in England, but one of the most remarkable aspects of his biography is the extent to which he self-educated himself. He was known for his voracious appetite for learning and for his nimble and penetrating intellect. He fell in love with books, movies, and music when he was a boy, and wound up becoming incredibly knowledgeable in these areas and others.

After marrying American poet Andrea Wyatt in London, Doug settled in the U.S. in 1973. His appealing personality and genial temperament gained him a wide circle of friends, most of whom were deeply impressed by the extent of his knowledge of fiction, poetry, film, music (especially jazz and rock ‘n’ roll), and the visual arts. He had an encyclopedic mind and photographic memory.

When the Corcoran College of Art in DC was looking for a new writing teacher in 1976, Doug was a natural choice. He had taught at an art school on a Greek island in the late ‘60s and had a natural gift for teaching. The Corcoran was also looking for a practicing artist, and Doug had already published two novels by the early ’70s. He was also known as a catalyst on the Washington poetry scene---an accomplished poet himself, he also ran a nationally celebrated poetry reading series in DC at Folio Books in Dupont Circle, attracting many of the leading poets of the day, who were usually paired with a local poet.

The Corcoran hired him, and Doug stayed for the next 37 years, becoming the most loved and respected member of the Corcoran faculty. His colleagues and his thousands of former students  felt a tremendous debt to Professor Lang for his prodigious ability as a teacher and his generosity of spirit in all his interactions. In the literary world, he was known as a poet of fierce linguistic energy and technical skill. To his friends, he is an irreplaceable man of wondrous talent. A new selection of poems by Doug Lang, called In the Works, is slated for imminent publication by DC’s Edge Books.

Doug Lang is survived by his close friend Sandra Rottmann, several nieces, nephews, and grand nieces and nephews in the UK, and by his many devoted friends and fellow writers.

A memorial event, in conjunction with the publication of Doug’s new book, is planned for early in 2023.

I talked with Doug every day on the phone and visited him once a week. Even while struggling with short-term memory loss, he remained the best of company---wise, funny, deeply knowledgeable, unpretentious, and charismatic. It's a much more barren world with him not in it.