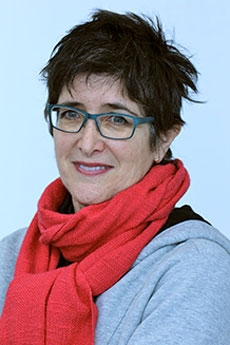 Janis Goodman is a DC based visual artist. She is a founding member of the artist cooperative group Workingman Collective. She has been the arts reviewer for the Washington PBS affiliate WETA TV, Around Town television program since 2003. Her work is in numerous American and international public collections. She has had artist residencies in Italy, the United States, Germany and England. Her work has been shown in numerous exhibitions throughout the U. S. as well as in Russia, Italy, The Netherlands, Peru, England, Japan and Germany.

She is highlighted in Who’s Who in American Art, North American Women Artists of the 20th Century, the Artist Bluebook and 100 Artists of Washington, DC by F. Lennox Campello. Janis’ work has been reviewed in The New York Times, The Washington Post, The Washington City Paper, and Art in America in addition to numerous other publications in American and international journals.