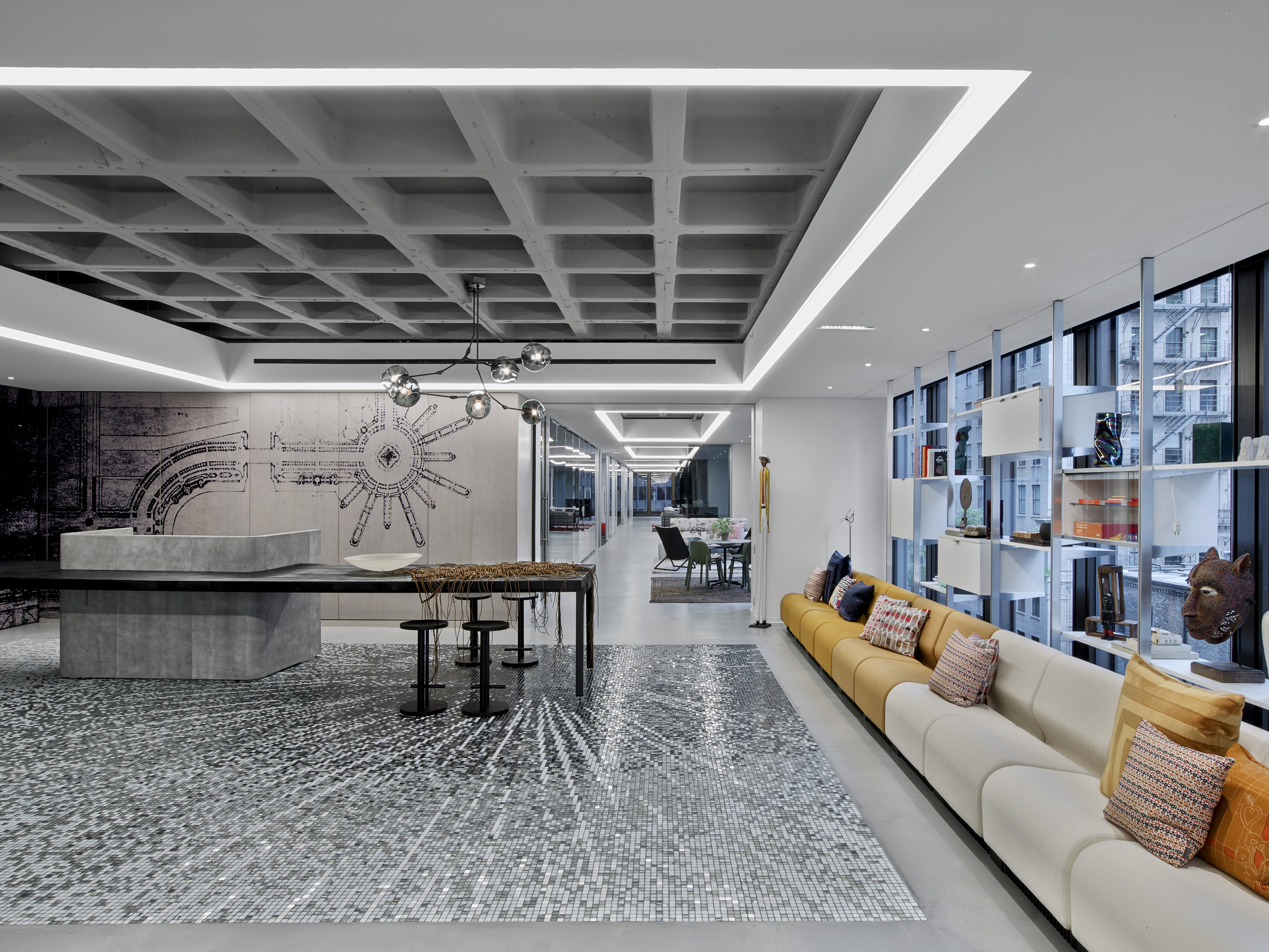 By Bianca Trinidad, Class of 2021, BS in marketing and minor in journalism.

Stephen Ramos entered the Corcoran unaware that this would be one of the most pivotal moments in his career path.

After completing his undergraduate studies and pursuing a bachelor’s in mechanical engineering, Ramos quickly realized engineering wasn’t what he was passionate about.

During his lunchtime breaks as an engineer, Ramos scrolled through design and fashion blogs on his phone, which satisfied his keen interest in spaces. Eventually, he made the switch and turned to the Corcoran, and Ramos graduated with an MFA in interior design in 2010.

“Whenever I’d see these really great spaces, in retail or restaurants, I started to realize that it was really cool how people could craft these iconic and immersive moments that you step into,” Ramos expressed. “And the Corcoran really allowed me to transition to a career and design path to where I am now.”

As a Corcoran student, Ramos was thrilled to be nominated by the program to participate in a competition at Gensler, the world’s largest design and architecture firm.

“I won that competition with a project that I had done in my Commercial Studio class,” Ramos explained. “And so, with that came a scholarship and then also an internship... and once I graduated, I came on full time, and I've been at Gensler since.”

Throughout his time at Gensler, Ramos worked on impressive projects both locally and around the country. He was involved in design projects for the International Interior Design Association Headquarters in Chicago and Hogan Lovells Headquarters in DC, in addition to furniture design for Stylex and Halcon, top-tier manufacturing companies for workplace and office furniture.

Now, Ramos is a Design Director at Gensler and is currently working on the Marriott Headquarters located in Bethesda, Md. and on several projects with CoStar, a world-leading company specializing in commercial real estate information.

“As time went by, and as I continued to grow, there was a great opportunity to step up into more of a design leadership position with taking on that mentorship role of training and investing in the new staff and interns now, which was where I was eleven years ago,” Ramos said.

Ramos also currently works as an adjunct professor for the interior design program at Montgomery College (MC) in Maryland and has helped to build a more seamless pathway for students from MC into the Corcoran’s Interior Architecture (IA) program. At the same time, Ramos remains connected to the Corcoran in ways such as serving on the school’s advisory board, helping as a guest juror, giving critiques and overall, helping students take hold of the opportunities that are right in front of them.

Also, from his experiences of graduating at GW and moving forward with his career, Ramos believes that there are certain tips that current IA students should carry with them throughout their time at the Corcoran and beyond.

One is for students to partner with their professors and to realize that those professors are there to support and elevate the students’ creative skill sets.

“Realize your professor is a partner, and they're there to help challenge you and push you to do better work,” Ramos shared. “If you can't work with your professors' feedback, you're going to have a hard time designing, especially in the professional world.”

Another piece of advice is “to be humble and generous with your ideas,” Ramos said. “Bring your ideas, bring your best, and bring your creativity … Bring everything that you’ve worked so hard to be, as a designer.”

“The interior architecture program has only gone forward since I graduated,” expressed Ramos. “And it’s been really amazing to see it grow, while giving my feedback and being a part of it moving forward.

The Corcoran’s Interior Architecture (IA) program allows both undergraduate and graduate students to break the boundaries of design as they conceptualize three-dimensional spaces.

The program began over two decades ago, but throughout the years, it has undergone several major transformations. Currently, the IA program offers three degrees: a Bachelor of Fine Arts (BFA), Master of Arts (MA) and Master of Fine Arts (MFA) — with the MA and MFA programs designed for students who are either starting or continuing interior architecture for their postgraduate studies.

“This is my thirteenth year in this program,” explained Nadia Volchansky, Assistant Professor of Interior Architecture at the Corcoran. “And since I’ve joined, the Interior Architecture program has gone through significant improvements. We have students placed in great firms throughout the world.”

After completing the IA program, many students go on to join corporate firms in design. They work on interiors, both residential and commercial, they tackle large- and small-scale projects, and graduates are designing in places all over the country and world.

“Our main goal is to educate and prepare creative thinkers and leaders of the world who can begin to influence the design industry,” Volchansky said.

Unlike many other universities, GW/Corcoran’s Interior Architecture program has unique qualities that provide students with boundless opportunities and creative outlets to expand their skills in design. One major advantage is the Corcoran’s location in the heart of D.C.

“A lot of design schools are located in very remote areas. So, [the Corcoran faculty and students] have the benefit of working with the best firms and collaborators next door,” Volchansky explained. “There is a large connection to a very robust design community here, which is beneficial to our students.”

Also, although this past year posed restrictions and obstacles that were brought by the remote learning environment, both faculty and students were able to quickly adapt and remain strongly dedicated to the work that they were doing.

"[This year], we had one semifinalist who placed in the top five and two honorable mentions that placed in the top ten at the Steelcase NEXT competition with more than 900 entrants from 65 different programs," Volchansky shared. “We also have a student named in the Future 100 by the Metropolis magazine, a first and honorable mention winner in the ArchOutLoud Shelter Competition, and a Student Category Winner in the MAC IIDA Design Competition. Wow, right?”

Throughout the years, it is evident that the Corcoran’s IA program has stayed committed to training its students to become fully prepared and well-skilled for careers in interior architecture and design. This commitment will only continue to be carried on to future IA cohorts at both the undergraduate and graduate levels.

“I’d love for students to feel like they are equipped with the skill and confidence to start something new and creative,” Volchansky expressed. “I want them to feel that they can do better, different, and larger with whatever they choose to do in the interior architecture world.”